Nothing Runs Without Movement 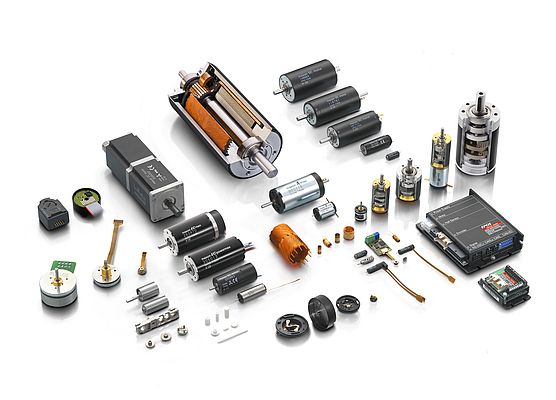 The multi multi-faceted world of maxon motors at a glance 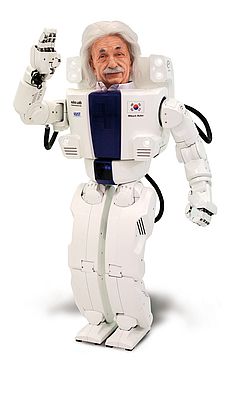 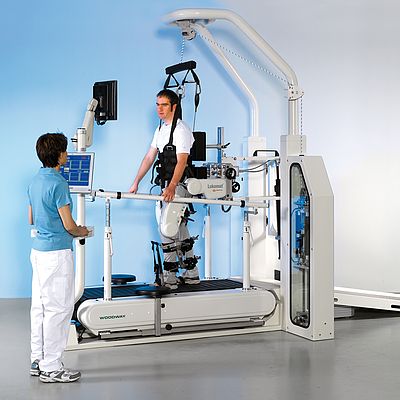 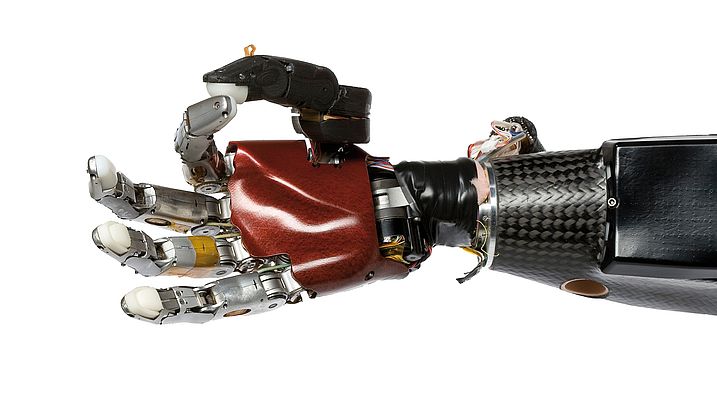 Not science fiction: this arm prosthesis is controlled by thought.

Precise electric motors are the artificial muscles of robots. maxon motor manufactures such drives. A look at the technology and its practical uses.

Bending an arm, extending a hand, splaying a finger; then swing the whole thing back and forth. Even the rough actions of a seemingly simple activity as waving goodbye call for the movements of various joints. In humans, the muscles move part of the body by carrying out contraction and relaxation. A robot must resort to other techniques: in order to move, it uses electric motors. Often these are direct current, or DC, motors.

DC motors enable locomotion by rotating towards left and right. For real-world use, however, to design advanced robot’s movements is not as easy as it might sound. It is essential that the motion sequence is carried out in a precise, dynamic and energy-efficient manner. At the same time, the individual components must be as small and lightweight as possible, which produces greater agility and saves energy. It is no different with human beings.

maxon motor has specialized in developing DC drives and systems of up to 500 watts. DC motors driven by permanent magnets play a key role in the ongoing miniaturization of drive technology and the resulting advances in achieving ever higher performance in ever smaller spaces.

The drive system of a robot must be precise, compact, and efficient. The products of maxon motor demonstrate why ironless DC motors fulfill these requirements best. The “centerpiece” of a cylindrical maxon DC motor is the ironless rotor, a self-supporting copper coil. The advantages of this technology are of considerable value:

No cogging torque: The motors are free of cogging torque, because their rotors contain no iron. This design leads to a smooth running, even at low speeds, simple control to any desired rotor position, low-vibration, and low-noise operation.

High efficiency: In maxon DC motors, the stator magnetization is permanently engraved and the rotor does not contain any iron and therefore, iron losses are virtually absent. Iron losses are defined as the power losses that occur in the iron core as a result of continuous remagnetization and induced eddy currents during operation.
maxon drives have a good suitability for battery-operated applications because of thei high maximum efficiency of up to more than 90%, and low no-load current, typically <50 mA.

Low inductance: maxon motors are free of high additional inductance of the iron core. For commutation, less magnetic energy needs to be switched and the arcing that occurs when breaking the contact between brush and commutator segment is less pronounced. Therefore, coreless maxon DC motors feature a long service life, as well as little electromagnetic interferences.

Compact design: The mass inertia of the maxon motor’s bell-shaped cylinder is considerably smaller than in iron-cored rotors. The results include a high power density (ratio of power to volume), a compact, lightweight motor construction, and high dynamic response and rapid acceleration with starting times of only a few milliseconds.

Two-legged robots – also known as androids – took quite a while to become reality because imitation of human locomotion is that complex. The human body constantly adjusts its center of gravity parallel to the changes in its point of support and is subject to numerous other factors. It’s an enormous challenge for researchers and inventors.
Robots that stand on two legs are, by principle, unstable. The reason is that the body’s center of gravity lies at waist height and the feet’s contact surfaces to the ground is relatively small. Even tiny external influences, like non-level ground, can cause a robot to tip over. A way to overcome these difficulties, however, is shown by the following example:

The android «Albert Hubo» can walk, speak, recognize persons and can even alter its expression. A special material invented by Hollywood film studios named “Frubber” permits human-like appearance. Albert Hubo possesses degrees of freedom (active joints), measures 137 cm in height, weighs 57 kilos, is completely battery-powered and is designed as entertainer and as assistant in geriatric care.

Numerous electric motors are used for the facial and body movements. In the face alone there are 28, which produce mimics, such as happiness, sadness, anger, surprise, etc. The smooth body movements are a result of the brushed and brushless DC motors from maxon: Thereby, 14 drives operate the arms, the hands feature 10 units, the waist one and the legs another 10. The precision motors come in diameters of 10 to 40 mm. Smaller ones are, for example, in the fingers while larger ones power legs and trunk.

To be able to autonomously drink from a glass again, or to be able to eat or to open a door without assistance; for persons having lost an arm by amputation, these considerably simple activities can be a major hurdle – or, at least, were until just recently. Thanks to the latest arm prosthesis it is now possible for physically handicapped persons to again independently master daily activities.

Researches from Vienna have developed an arm prosthesis that can be controlled by cogitation. This intelligent prosthesis can be selectively activated by nerves that were originally responsible for the movement of the arm. It gives the person seven active joints and makes many actions possible. The joints can be simultaneously activated. The formerly necessary change of thinking required for using conventional prosthesis is no longer necessary; the patient intuitively controls the movements, which are directly executed by the prosthesis.

A surgical operation is required to relocate the nerves. This selective nerve transfer enables the signals that were originally responsible for controlling the arm to be used to control the prosthesis. Electrodes that conduct the control signals are incorporated into the shaft of the prosthesis. An electronic analytic process within the prosthesis translates the received signals and detects the desired movement. maxon drives enable precise hand and finger movement in the latest prosthetic development from Otto Bock. Here, a variety of maxon EC-powermax motors comes into play. They drive two finger end joints, the knuckle  (metacarpophalangeal) joint and the thumb base joint. The low energy consumption and the lightweight of the brushless DC motors play an important role in giving the wearer of the prosthesis a full range of motion.