Concept to use mobile devices as sensor control units 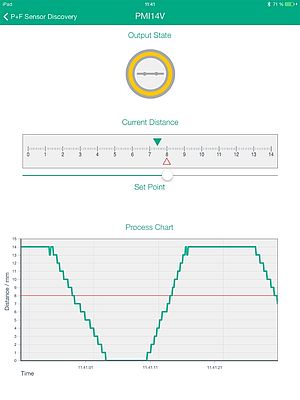 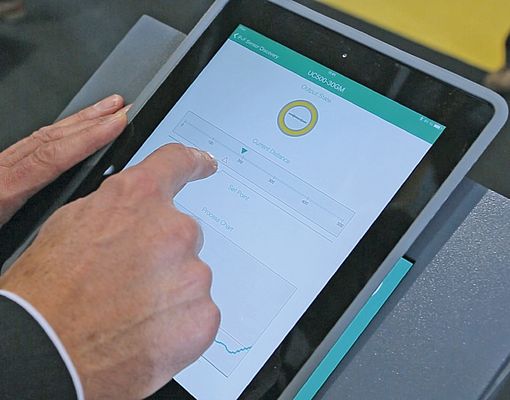 Industry 4.0 is placing new demands on sensor communication abilities-this is where "Sensor 4.0" comes in! Pepperl+Fuchs is playing its part in promoting this technology through its SmartBridge concept study. The study shows how modern mobile devices from the consumer sector (smartphones and tablet computers) can be used as convenient wireless control units for industrial sensors. This article describes the concept study in more detail.

Modern sensors are used to map increasingly complex functions, placing bigger demands on parameterization and diagnostic tools. At the same time, sensors are becoming smaller and smaller, meaning less space is available for operating and display units. Another factor to consider is the significant cost pressure that prevents integration of additional expensive components. In addition, control units on the sensors themselves are somewhat inconvenient or entirely unusable in many installation situations due to poor accessibility.

Consumer hardware for use in sensor diagnostics
Modern smartphones and tablet computers are widely used as a result of their versatility and ease of operation. Their status as "toys" for technology enthusiasts has long since disappeared. The devices offer powerful processors, graphics units, and wireless interfaces, making them ideal for use as convenient diagnostic and parameterization tools. However, because of the lack of common interfaces and standards, this type of solution has not been implemented.

SmartBridge closes the "Digital Divide"
SmartBridge bridges the "digital divide" between the service interfaces of modern sensors and mobile consumer end devices. The system consists of a wireless adapter-the "SmartBridge"-as well as a tablet computer or a smartphone equipped with the SmartBridge app.

Data is transferred wirelessly to the SmartBridge app on the mobile device, so that a connection is established quicky and easily, avoiding complex and costly wiring.

The wireless adapter contains a wireless module (Bluetooth or WLAN), a controller, and several different interfaces (IO-Link, RS232) for connecting sensors. The adapter is looped into the existing wiring. It accesses the sensor data without feedback and establishes a wireless connection to a mobile end device. Power is supplied to the adapter via the sensor supply cable.

The SmartBridge app is installed on a tablet PC or smartphone. After opening the app, a drop-down list appears, displaying all of the sensors in range and providing connection options. After selecting a sensor, a specific page appears for the selected sensor type, showing the sensor data and parameters.

Ethernet-APL in the Field for High-availability Safety Applications

A New Dimension of Digitalization

Sensor Technology
Pepperl+Fuchs presents WILSEN.sonic.level, its first LoRaWAN and autonomous IoT sensor that gives mobile containers the necessary intelligence to tell operators when and where they need to be collected
Read more

Sensor Technology
F199 from Pepperl+Fuchs provides an accuracy up to ±0.15° and a shock resistance of 100g, and it can operate from -45 up to +85 °C
Read more
View all supplier's articles

Optimum Performance to Meet Any Requirement

Photoelectric Sensors on the Way to Perfection