Precision sensor manufacturer Micro-Epsilon has supplied a CFO200 non-contact colour recognition sensor to The Institute of Railway Research (IRR) at The University of Huddersfield. In conjunction with an encoder, the sensor is being used to monitor the r 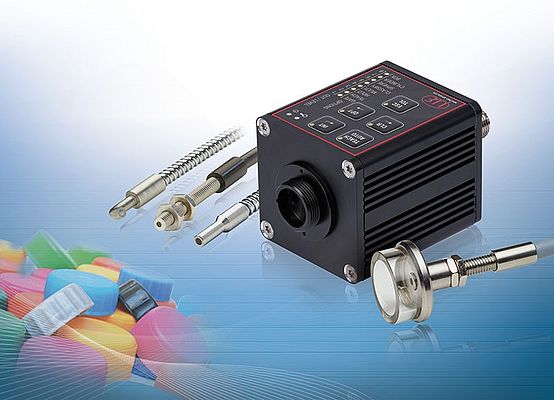 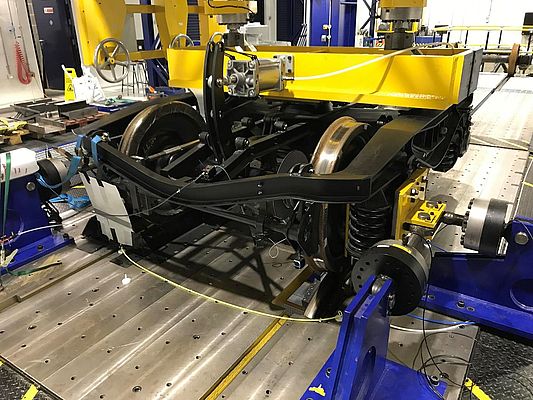 Working in partnership with the University of Sheffield and funded by the Rail Safety and Standards Board (RSSB), the research project at the IRR involves measuring the ‘creepage’ or ‘micro-slip’ (i.e. the difference between the rail speed and the wheel speed which arises from the transmission of force between wheel and rail) during brake applications at different coefficients of friction and at speeds of 18km/h up to 200km/h.

Understanding the relationship between creepage is critical to optimal and reliable braking performance, particularly for low friction coefficients such as those that occur due to leaves on the line. If excessive creepage occurs traction and braking force reduces and trains can fail to meet timetables. In extremes, wheel flats can form during brake application leading to the train being taken out of service for the wheelsets to be re-profiled in a maintenance depot, which is disruptive, time consuming and costly. Having a better understanding of creepage – creep force relationship helps to ensure more reliable network operation and a higher operating life for the bogie wheelsets.

The IRR is a world-leading centre of excellence in the field of railway engineering and risk. Its research has helped to improve the knowledge of the way in which railway vehicles interact with the track, including key performance aspects such as suspension performance, wheel-rail contact, traction and braking. In partnership with industry and other academic institutes, this work has led to a number of tools and techniques being developed which are now used to predict deterioration of railway wheels and rails, to optimise the vehicle track interface, to increase safety and reliability levels, reduce cost and improve performance of the railway system.

On the test rig, creepage is measured using the CFO200 non-contact colour sensor as an optical encoder to help calculate the rotational speed and position of the wheel. The colour sensor is used in conjunction with a Zebra encoder disc to calculate the rotational position of the wheel by counting pulses (using black and white coloured marks on the disc) as the wheel rotates. Due to the speeds that the wheels are run at, and the amount of pulses being counted, the colour sensor needs to operate at a very high measurement rate (up to 30kHz).

As Daniel Woodhead, affiliate at the Institute of Railway Research at the University of Huddersfield, states: “We purchased the CFO200 colour sensor earlier this year and it has performed very reliably on the HAROLD test rig. Finding an ideal sensor was difficult due to the high vibration environment and the degree of measurement resolution and accuracy required to measure creepage [speed differences of around 0.1%].

Access to the ends of the bogie axle was restricted, so we looked for a non-contact sensor to take measurements of the wheel speed. We then approached Micro-Epsilon, who we already had a relationship with, for one of its non-contact colour recognition sensors, which we wanted to use as an optical encoder to count the pulses of the wheel as it rotates.”

The CFO 200 is mounted at a distance of 10mm from the wheel as it rotates. The pulse count data is fed to other test software programs that allow the researchers to calculate the frequency of pulses, the rotational speed, the linear speed of the wheels and from this the creepage.

The colorSENSOR CFO200 colour recognition sensor from Micro-Epsilon is designed for high precision true colour measurement. The sensor stands out due to its high colour accuracy, good reproducibility, high measuring rate and modern communications interfaces for easier network integration. With a robust aluminium housing, the CFO200 operates in temperatures from -10°C to +55°C and is protected to IP65.
The colorSENSOR CFO200 is suitable for a wide range of industrial applications including colour sorting tasks in food and beverage processing, colour inspection of interior parts in the automotive industry, recognition of colour marks in the printing industry, quality control in packaging, cosmetics, medicine and plastic products.

Equipped with optical fibres and focus lenses, the sensor can also be used in tasks where space is restricted, as the sensor head requires minimal space. Gray-scale detection and high colour accuracy are combined with modern communications interfaces (Ethernet and RS232), as well as user-friendly operation and configuration via pushbuttons and a display.

Sensor Technology
Coming with RS485 output, this sensor can now be connected with multiple VPLog-i-R sensors with other Modbus RTU devices to a PLC or smart data logger
Read more