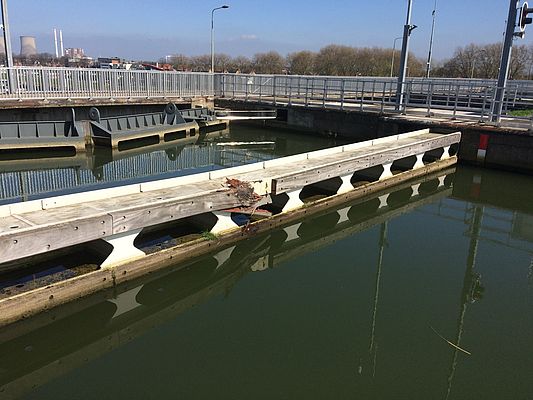 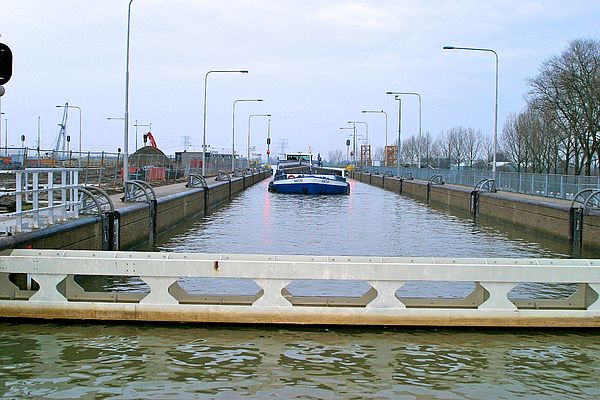 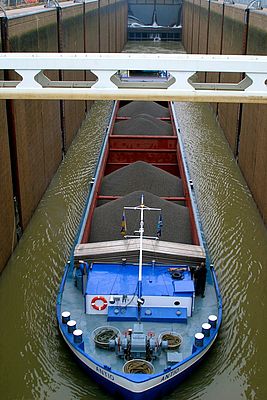 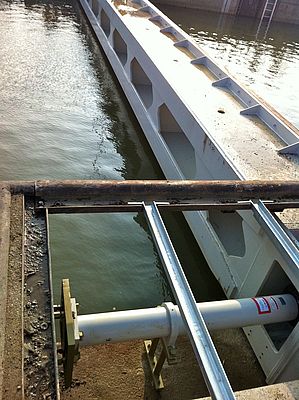 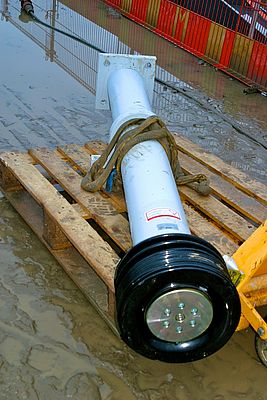 A beam used for safe manoeuvring in ship locks received a big crack recently in the lock of Maasbracht, Netherlands. A ship had touched the beam with too much force. The overall construction survived the accident well. Special ACE safety shock absorbers were used as a precautionary measure for the lock gate located behind the beam to protect the system from the worst.

Ralf Küppers and Han Titulaer, the experts for ACE in the Netherlands, were both proud and relieved when they learned that the emergency in the Maasbracht lock only caused cracks in the wood. "Relieved, because no one on the ship or on land has been harmed by the collision and proud because our safety shock absorbers prevented an accident with the lock gate," said Ralf Küppers, who is responsible for the sales of ACE Stoßdämpfer GmbH in the BeNeLux countries. His Dutch colleague Han Titulaer states: "Our customer, the Dutch construction and steel company Mourik Limburg BV, and we are glad that our safety measures were planned well in advance and that the entire construction survived the accident very well."

It should be noted that this extreme case was a first in the seven years since the plant was put into operation. In the project planning phase of the lock system, the partners ACE and Mourik had taken into account that ships in the lock could touch the safety beam. For when navigating a cargo ship in a lock, it is conceivable that the lock gate and the ship come into contact in a similar way that a car in tight parking spaces might touch its surroundings. With loaded vessels weighing up to four million kilograms, there is hardly a lock or gate that would be able to stop the forces resulting at a maximum speed of 0.5 m / s in order to prevent the lock gate from bursting. An uncontrolled and thus very dangerous filling or emptying of the entire lock system with water would be the result. Considering a height difference of 12 meters, as is the case in Maasbracht, this is a true horror scenario.

The captains of cargo ships use the safety beams as a marker and target for their approach to prevent accidents in locks. Thus, the lock can be constructed relatively small. However, this is not the only advantage. In the case of large differences in height in front of and behind the lock, it is possible to simply move the ship under the safety beam when the lock doors are open downstream in case of low water. The shock absorbers from ACE are used to secure the lock gates for all other events. When designing the tailor-made construction elements, ACE and Mourik also had to take into account that so-called water hammers occur in locks. This refers to a physical phenomenon in which a strong mechanical shock is caused by water. At the end of the consulting and design process the team established that the safety shock absorbers had to deal with the energy of 500,000 Nm, which requires a custom-made type of truly unusual proportions. Thus, the length of the models specially manufactured for the lock is 2,649 mm with outer diameters of 200 mm and each weighing in at 320 kg. The special design has an optimized characteristic curve, a fixed stop and a stroke of 800 mm. It works according to this principle: The piston rod is pushed into the cylindrical body during the braking process and the hydraulic oil in front of the piston is simultaneously displaced through all the throttle openings. While the resulting deceleration works so fast on ACE miniature shock absorbers that engineers who are working with them for the first time have doubts about their effectiveness, the special safety shock absorbers require 3.5 seconds to cover the stroke of almost one meter. To ensure that they can return to their original position afterwards, the safety shock absorbers work in a similar way as the industrial gas springs filled with nitrogen which ACE also offers. Collected in a gas accumulator, the oil displaced by the piston rod is compensated and pushes the piston rod back to the starting position. To isolate the hydraulic system from the gas storage tank, the XXXL dampers described here are equipped with the same separating piston nitrogen return system as ACE's heavy-duty safety shock absorbers.

To put the lock back into service as soon as possible, a new beam was installed. In order to replace it, a temporary disassembly of ACE's safety shock absorbers was necessary. To speed up the process, Han Titulaer of ACE BeNeLux provided the repair team with all necessary advice on how to empty the nitrogen from the inside of the products, to then remove the XXXL dampers and reinstall them after the whole beam construction had been repaired. This procedure was necessary due to lack of space. Finally, ACE inspected the safety shock absorbers and Han Titulaer concluded: "Mourik Limburg BV and we are confident that the construction will survive the next seven years at least as well as it did the first seven years."