Water toys at the garden show in Venlo 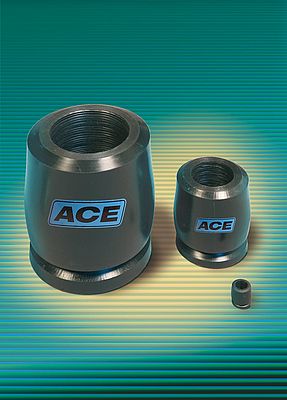 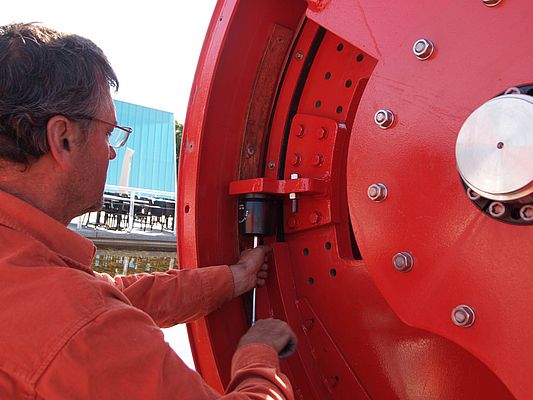 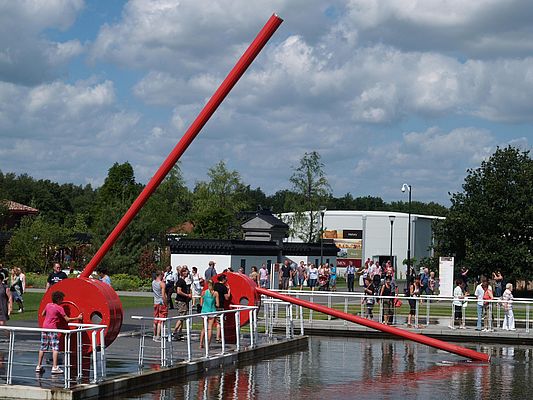 8.1 m long, 3.5 t in weight and can be used by a child: The water toys designed for the Floriade 2012 in Venlo, Netherlands called "SWING" by the "Metallatelier" metal workshop 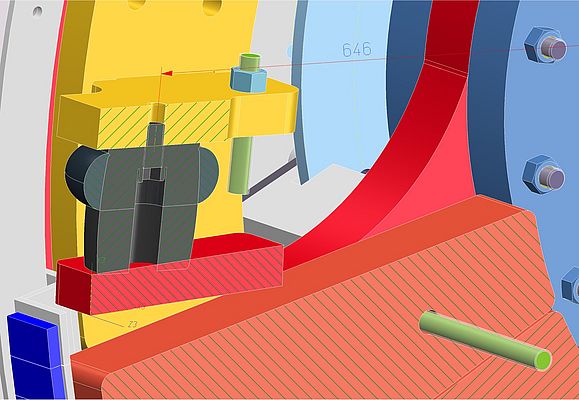 The impact angle is approx. 1 degree. The size of the rotating axle to the damper is 650 mm. The angle variation is 4 degrees with a working distance of 47 mm

8.1 m long, 3.5 t in weight and can still be used by a child: those are the water toys designed for the Dutch Floriade 2012 called "SWING", made by the "Metallateiler" metal workshop from the Baden-Württemberg town of Deggenhausen. Its magnitude made it a real eye-catcher at the important garden show in Venlo. In order to make sure it withstood the enthusiasm of children and parents alike and can still be used now, the inventor and design engineer, David Fuchs, relied on the pipe-like profile dampers called TUBUS from ACE Stoßdämpfer.

Watering cans and buckets have been an effective means of transporting water in playgrounds for decades. Some water playgrounds offer pipe systems as well to increase the fun factor even more. The sources are pumps, taps or wells. But we are dealing with larger magnitudes in this specific case: the design engineer, David Fuchs, was given the job of positioning his SWINGS in a lake on the Floriade grounds near Venlo. The principle of the structure that resembles crane arms can be deduced from the name. They swing from the lake to the shore and back again. While the large scale pipes can scoop up to 30 litres at one end, the water moves along the entire seven metre length of the scoop pipes when it swings up and shoots out at the other end onto the water playground, much to the delight of the users. The pipe is balanced with a pivoting counterweight. The initial intention in the planning phase was for a magnetic brake to protect the end positions against forces that could result from incorrect handling. At the beginning of the project, this resulted using data entered into a CAD model. However, considerably higher forces occurred during the test phase that led to failure of the magnetic brake and therefore heavily affected the gears. Improper use was expected with this solution due to children and adults playing with the apparatus and damages could not be ruled out. In order to be able to implement the clever engineering work by the metal workshop, the company owner and leading engineer, David Fuchs, set off on a search for a knight in shining armour. His first port of call: ACE Stoßdämpfer GmbH from Langenfeld. David Fuchs says: "We have been using an industrial shock absorber from the company ACE since 2001 in a construction similar to the SWING. The first specimen is still in use today without us ever experiencing any sort of problem."

Profile dampers given preference over other solutions due to the shorter length
Confident of finding an alternative to the shock absorbers, Fuchs asked about a solution for his SWING construction. A hydraulic absorber did not come into question this time due to the rotating motion and the restricted installation space: "Otherwise I would have installed it from the very beginning due to positive experiences in the past," says David Fuchs. His advisor at ACE suggested the profile dampers called TUBUS in view of the construction drawings. The machine elements made of co-polyester elastomer are an affordable alternative to hydraulic absorbers if a certain rebound should be permitted - like in this case. The producer of the water scoop system was aware that these modern machine elements exist, but was not aware of their performance capacity. Over the course of the project, it quickly became clear that the TS series would be best suited for this task out of the seven series of profile dampers available. In order to understand this, it is worth taking a look at the water scoop and the way it works. The toy consists of an immersion pipe, an operating wheel and a transmission gear unit. The pipe dips into the lake when the wheel is turned to the right and fills up with water. Once this process is completed, the wheel is turned to the left and the pipe slowly moves to the vertical position and empties itself. No problems arise in this case. Should youthful exuberance mean that the wheel is turned too far during the scooping process, the pipe rolls over into the end position relatively quickly. This must be protected so that no damages are caused to the overall construction. The TUBUS dampers are predestined for such emergency stop applications. With several million possible load changes, their service life beats competing solutions such as rubber dampers ten-fold and even beats steel springs five-fold. Developed as axial, soft absorbing machine elements, the TS series installed here has almost linear damping characteristics. This means that the energy is absorbed consistently over the entire damping distance. ACE has developed the TS series especially for minimum energy absorption with a maximum construction height in a range of 2 Nm to 966 Nm per stroke. The TS90-47 type damper used here is the second biggest in the TS series with a weight of 490 g and "swallows" up to 778 Nm over its 47 mm long travel.

Not only this basic data, but also the maximum authorised impact speed of 5 m/s, made it a suitable candidate for use in the big water playground. The positive properties of the damper material are another aspect. The material is resistant to microbes, salt water and chemicals and has very good UV and ozone resistance. The fact that salt water cannot affect the material is partly due to the co-polyester elastomer not absorbing water and therefore not swelling up. Just like the members of the other six TUBUS series with almost 150 variations, the models chosen in this case offer consistent damping at temperatures between - 40° C and 90° C as maintenance-free and ready-to-install elements. They can also be easily integrated in existing constructions with the help of a special screw, which is included in the delivery. This meant the SWING models delivered from the metal workshop to Venlo could provide a reliable service from the very beginning at one of the world's most important garden shows. David Fuchs from "Metallatelier" had already assumed that this would be case after having had good experiences with the ACE shock absorbers in his older constructions. But the more cost-effective TUBUS not only gave him a pleasant surprise with their high damping performance despite low space requirements, but also with their durability.