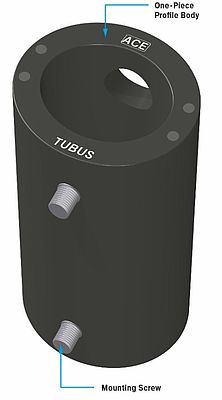 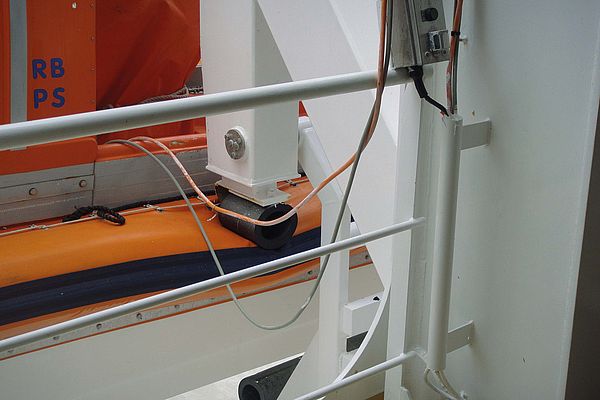 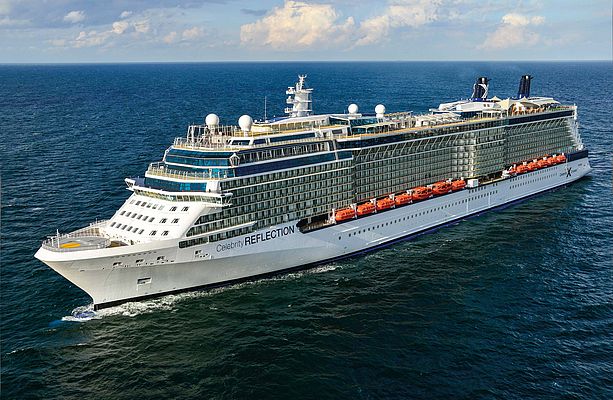 The machine elements described here are used, amongst others, on the Celebrity REFLECTION from MEYER SHIPYARD; Picture Credit: MEYER WERFT

Several things have gone wrong when lifeboats have been used on cruises. However, responsible shipyards obviously concern themselves with this matter so that the frightening scenario does not end in a catastrophe. The use of life-saving boats in extreme situations must therefore work reliably and smoothly despite adverse weather conditions and high waves. Launching the boats, also called lowering, is a tricky process. The company Fassmer, a renowned supplier to the shipping industry and partner of MEYER SHIPYARD, decided to rely on protective elements made of rubber for the specially designed lowering equipment, the so-called davits, to avoid damaging the lifeboat in case of any contact between the passenger ship and lifeboat. These protective elements, also called fenders, used to be provided by the specialist for shipbuilding, lifeboats, deck accessories and lots more from its own production. However, the design engineers of the family-operated business which is run in the fifth generation claimed that the material would not meet the company's own demands in the long-term. The problem was the service life of the equipment. The tough conditions of the environment made the rubber elements become brittle and cracked over time, meaning they needed to be replaced quickly. They needed to find a damping element made of a material that would cope better with salt water and UV radiation.

The path for the maritime specialists quickly led to ACE Stoßdämpfer GmbH. There are several reasons. Firstly, the company from Langenfeld, Germany, is viewed as a specialist for all types of damping solutions and, secondly, they have earned a good reputation in the shipping industry – even at an international level. Alongside the well organised sales network in Germany, the company has its own team of staff for the Benelux countries where the coastal regions make up a larger proportion of the country. It was to be proven that ACE was a good choice in every respect.
After transmitting all of the relevant data, the responsible employees from ACE set to work. It quickly became clear that the high demands could be met very well by the company's so-called TUBUS profile dampers.
Out of more than 140 individual products in this series of dampers, the choice of the TUBUS types TR188-108L-2 and TR188-108L-3 was made. The three letters in the product name refer to a radial tube damper in a long version. The TR-L series is one of seven families of these innovative machine elements, which allow very long and soft deceleration with a progressive reduction in energy at the end of the stroke in this form. They were specially developed for applications with minimum end forces. The TUBUS TR-L is suitable for use where impact or collision protection is necessary along a straight line. Alongside preventing collisions in shipping, this can be the protection of loading and lifting devices, luggage and transport belts or long, heavy shovels in mining. In maritime applications, it is not just beneficial in this case for the material, made of co-polyester elastomer, to display much better UV resistance than previous solutions and to also provide advantages in terms of seawater and temperature resistance. The maintenance-free, ready-to-install machine elements offer consistent damping in temperatures ranges of -40 °C to 90 °C. Their service life of up to 1 million load strokes surpasses rubber dampers by around ten-fold. In this respect, industrial shock absorbers from ACE would have been in an even better position. However, because this case does not need a mass to be stopped at a precise point, Fassmer gave priority to TUBUS as shock absorbers would involve higher dimensions in terms of performance and price.

The elements now used do have the same stroke and the same outer diameter, but they have different lengths that particularly affect the energy absorption per stroke. The shorter variant can absorb up to 2,200 Nm in permanent operation and 3,080 Nm in non-stop applications per load change. The rates increase to 3,300 Nm and 4,620 Nm for the longer version. This makes them entirely sufficient for use in lifeboats.
Alongside other radial series, ACE also has profile dampers with linear and degressive characteristic curves as well as ones for use in crane systems. The previously mentioned high number of individual products results from the fact that large energy ranges need to be covered. One of the strengths of the innovative damping elements is its easy integration in existing designs. Despite varied specifications for the actual damper, very few accessories are required. This is due to the low net weight and the space-saving design. In this case, the damper meant that a tried-and-tested safety solution on board of one of the world's largest passenger ships has been made even safer. All thanks to two suppliers.